The weekend started on a good note. The overcast skies set the mood for the weekend. 🙂 After a nice bright Friday, it had to be murky on Saturday. So instead of going out, we cleared all the household chores. Though I usually cook the meal only once a day that too in the morning and have it in the evening as well. Okay, before you raise your eyebrows, my time is spent entertaining my kiddo. So I was quite relaxed this saturday evening, with the food on the table and anticipating the kiddo to fall asleep early. Hubby had taken him out for a stroll and I was browsing the net to glory. I was in for a surprise shock when he returned at 8 pm with a bag in hand and a broad smile on his face, claiming enthusiastically that he got something for me. My heart skipped a beat when he gave me the vine bottle and it stopped beating completely (for a minute at least) when he handed me the small packet of lamb and asked to cook it right then.

Now those who have cooked lamb know how long it takes to cook it thoroughly. There I was wishing for a quiet evening and looking at the lamb. Obviously I cooked it. Surprisingly it tasted well. It was a mini accomplishment to have cooked it well with no assistance no phone calls to my MIL. It lasted us throughout Sunday and boy were we delighted to have mutton after a month.

Earlier that day, we were having ice cream after lunch. Kiddo, as usual, wanted to taste it. I fed him a spoonful of it, thinking he wouldn’t like the dark bitter chocolate taste of it. It was priceless to watch his face, to watch all those emotions cross across. First irritation at the stuff being too cold, followed by pure delight of the ice cream melting and then the happiness. He wanted more but I gulped it down before he could lay his hands on the bowl.

The weather on Sunday was much better and we decided to venture out bravely. We went to this place called Ocean Terminal which is a huge mall and offers the finest of bars, restaurants and big brand shops. Though it took us an hour to get there by bus, what was more interesting was the journey. The Scottish are friendly. Very friendly towards children and babies. Every time we travel, it is a fun ride in the bus. People stop and smile at the kiddo before taking their seats. Shantanu also has his mute conversations with them during the journey. There is this typical baby language that we all have and it is the same across cultures.

A pair of old ladies embarked upon our bus and were cooing and smiling at the kiddo. When they got down at their stop, Shantanu couldn’t stop waving across to them. They both stopped walking, waved to him until the bus started and then went on.

An old man entered the bus, while returning, he stopped and looked into the pram. Shantanu was fast asleep then. He observed for a minute approximately, then nodded his head and said, “Fast asleep.” I nodded back.

He observed some more, then said, “Got your nose huh!” I nodded back again. He then blessed us and left. 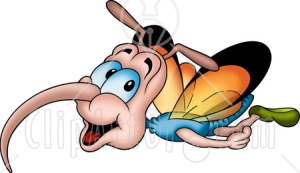 I have got this the-kiddo-looks-like-you comment many times. He does look like me. But there’s always this thing about his nose. He has a pretty nose, I do too. But even the doctor performing the sonography when I was 11 weeks pregnant pointed out the nose then, “Nose haan, long nose!”

Don’t get me wrong, I love comments about our noses and resemblances, but at 11 weeks???

Did I mention that my relatives called me Indira Gandhi when I was small coz of the nose?

Search in this blog

This work is licensed under a Creative Commons Attribution-Noncommercial-No Derivative Works 2.5 India License.